The Quebec release of ServiceNow has been out for some time by now and, as usual, it carries loads of new features and improvements. In this article, we will focus on the IT Operations Management (ITOM) suite of products, so that we can see how much further ServiceNow has taken the Operational Excellence topic.

Among the tons of various changes and additions to the features palette, these have caught our attention:

Why just these two? Let’s have a look.

This is one of the first features of the recently acquired Israeli-based company Loom Systems. It brings the ability to further understand the background of a detected issue from text logs on a monitored machine. It collects log data, processes, deduplicates, enriches, and performs analysis by using Machine Learning and Artificial Intelligence capabilities to detect any anomalies in patterns of log data and presents them in the form of alerts to the event management operators.

You might be asking yourself: “How do the logs make it to the cloud-operated ServiceNow instance?” The answer is streaming, which is done by using one of the well-known push mechanisms like Rsyslog, Filebeat, Winlogbeat, Splunk; utilizing pure TCP, or from pull interfaces Elasticsearch, a leading analytics engine that you can nowadays find almost everywhere. 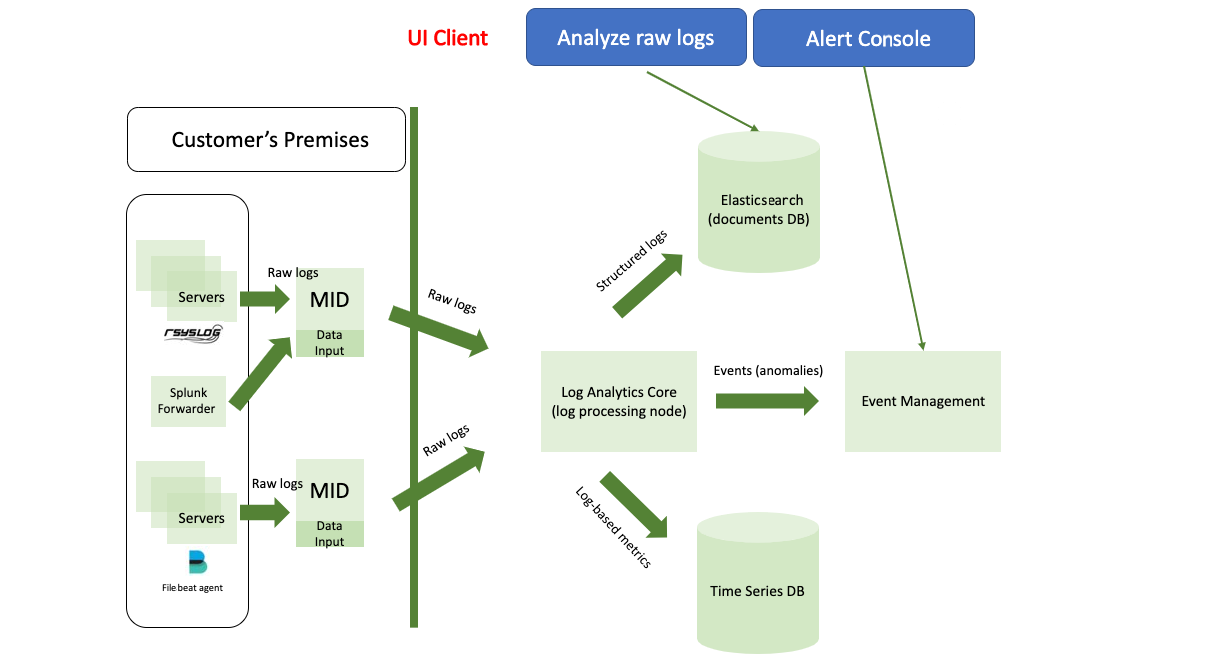 This is undoubtedly a unique and valuable problem-solving application, which will, in my view, be a great selling point of the ITOM Health suite.

Or ACC-V, in short. What lies behind this complicated name?

ACC-V is not a part of the Quebec baseline release, since it is a Store application, but it is worth noting anyway. ServiceNow is releasing bits of their products through the Store more and more.

The Agent Client Collector framework has been available for some time already, specifically since the Paris release. The “for Visibility” part of the name represents the fact that the framework can now be used for Discovery. Since ACC is an agent-based solution, it can now be used to run push-based Discovery on a target computer. It can collect basic asset inventory, information about storage and filesystems, network adapters and connectivity, installed software and running processes. 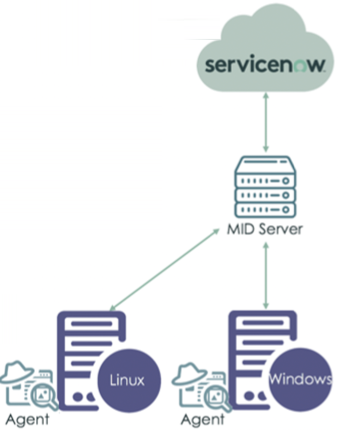 One of the greatest benefits is the simple fact that this solution is agent-based, putting an end to the common worries of company security teams about opening too many network ports for agentless Discovery (~140 ports as a starting point to allow for the scanning of all supported technologies). For ACC-V, only one generic firewall opening is needed to allow connectivity from any remote host to the given MID server and that’s it.

It is important to note, however, that ACC-V has to be understood as an alternative data source to the pattern-based horizontal Discovery. Patterns that Discovery uses cannot be utilized with ACC-V, the agent runs its own scripts written in Ruby.

Quebec ITOM: What else is there?

Among the others, notable enhancements are:

As with every release, ServiceNow demonstrates their commitment to keep their momentum and keep being the leaders in “X“ (whatever) Service Management, proving to their current and future customers that the ServiceNow platform is miles ahead of their competition.

There are a number of other vendors who can offer comparable products to ServiceNow goods. I might be repeating what our readers know about ServiceNow very well already, which is that the platform as well as the combination of products built upon it is a unique offering that is not comparable to anything other vendors are able to offer. Disagree? Let me know! I’d like to learn more.

Do you have any questions? Don’t hesitate to contact us!